It all began on a dark and stormy night… well, not a real storm, it wasn’t of the lightning and thunder variety, it was in my mind as I lay tossing and turning at 2:00 am with a darkness in my spirit and turbulent thoughts that I had become enslaved by obesity and procrastination. I was physically, mentally, and emotionally exhausted and afraid that I had lost the will to battle my way back to health and wellness. Where do you turn for power and inspiration, the motivation to forge a new path to freedom in the midst of feeling defeated by life? I cried out to the only true source of strength I have ever known and started to pray. I cried out to the One who is bigger than all my frustration and doubt, my self loathing and anger, my anxiety and care and in loving mercy I heard His voice say, “Come to me, all you who are weary and burdened, and I will give you rest. Take my yoke upon you and learn from me, for I am gentle and humble in heart, and you will find rest for your souls. For my yoke is easy and my burden is light.” Matthew 11:28-30, NIV

I was loosing the battle because I was trusting in my strength alone. I have trusted God to help me with so many things but for some reason felt my weight was a battle I had to conquer on my own. The thing is, I was loosing big time, and not just the battle but I felt I had lost the war. I had successfully lost weight only to gain it back, everything I had lost and then some. Like many of you in the same situation, I felt defeated. I began to search the scriptures for strength to face the battle and found this verse:

For the Spirit God gave us does not make us timid, but gives us power, love and self-discipline.

But he said to me, “My grace is sufficient for you, for my power is made perfect in weakness.” Therefore I will boast all the more gladly about my weaknesses, so that Christ’s power may rest on me. 2 Corinthians 12:I0, NIV

I know I must set my faith in this area of my life on the One who is able to lead me to victory. I have to use the tools (aka weapons) He is placing before me. He is equipping me with expert medical advice and the continuing love and support of family and friends. My friend, Linda, has been a constant blessing to me, and if you will continue to indulge my battle analogy, trust me when I say we have been in the trenches together.  I am so thankful she’s always got my back! 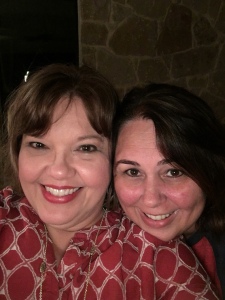 I am sharing my war story here on July 4th, ready for freedom to ring with the goal to help anyone fighting for health and wellness beside me. Let’s suit up, the battle belongs to the Lord! 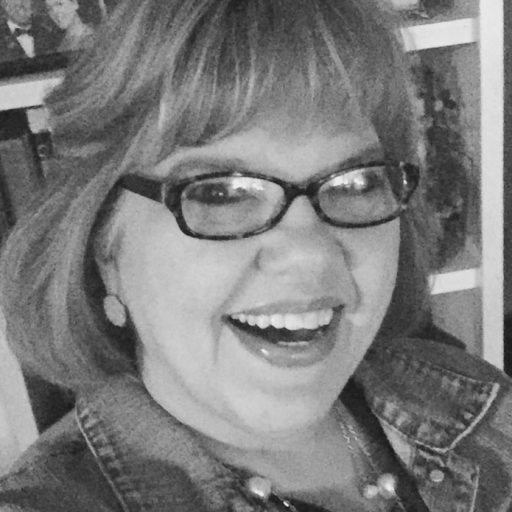 For years I have written in a journal.  What I needed to say HAD to be put on the written page, not for someone else to read, but as an outlet for me because my emotions were so strong that I needed to get them out of my head.  A lot of the time this was done when I could not sleep and needed to quiet my brain. Writing it all down helped stop all the crazy thoughts from spinning around and around in my mind.  Late at night, these thoughts felt so profound, as if I was the only person on the planet who had ever felt this way.  Now with the perspective that my seasoned number of years brings, I know that Solomon was right, “there is nothing new under the sun”.  Maybe I was facing a different time, culture, or circumstance but the dilemmas that kept me awake late into the night were the same ones that many others were facing.  Certainly the years have changed what my worries are about…  How am I going to pass that test? How am I going to pay that bill? Why doesn’t my boyfriend, then later my husband, understand me? What is that rash on my son’s tummy, could it be a necrotizing fasciitis?  (I’m a nurse so it was always something dire and no WebMD in those days!)  What exactly did my friend mean by what she said? What should I have replied to that snarky comment made by a classmate, co-worker, or family member?  Basically, these things were a recipe for  restless nights made up of those pesky ingredients called feelings; a heaping bowl of love, a dash of hurt, a splash of fear, a pinch of jealousy, a pound of insecurity, and a dollop of anger, combined into a stew of emotion that often boiled over and would not let me rest or sleep.

Honestly, at times I’m still just a hot mess of thoughts spinning around like a blender full of chopped up worry and emotion.  (Obviously there are going to be a lot of cooking and food metaphors in my musings.)  I know I’m not the only one in the world with these late night wonderings.  I cannot be the only one who sometimes lays awake counting the hours until I have to get up and pretend to face the day with confidence, when what I really feel is exhaustion and self-doubt.  Doubt about how I’m going to keep the lid from flying off the blender of my mind and splattering the walls, the floor and yes, even the ceiling, because at times what I’m feeling is explosive.  When I was younger, if writing it all down did not help, then I started cleaning, cooking, crafting, and decorating.  This was such a common occurrence that we had a family rule that I could not vacuum or sew after 10 PM because it woke my husband up (more on that later).  Now, I mostly PIN and read blogs about cleaning, crafting, cooking, and decorating because, let’s face it, Pinterest is quieter and the addition of 30 years and 50+ pounds have made me too tired to do the real thing.  Now my journal entries are shorter, and often more of a written prayer because faith and time have taught me that His mercies really are new every morning and prayer is a better way to deal with stress than worry ever was.  (Also medication and a good counselor have helped me stop making impossible TO DO lists in my head instead of sleeping.)  Sometimes my journal even reads like I’ve got “it” figured out for a little while.  Maybe every minute isn’t sunshine and roses, but for a while it’s definitely a time to eat, drink, and be merry.

But recently, for reasons I won’t get into here, I have been a bit bowled over by circumstances in my life that have me struggling with worry about the future and angst about the past (yes, I know this is worthless but it’s what I’m dealing with, AGAIN).  So, I thought to read back over some previous journal entries to gain some perspective and it has been enlightening.  I am sorry to say that I have realized I am NEVER, EVER going to get it ALL together.  Oh don’t get me wrong, I have conquered some things in my past.  But for every victory over youthful anxiety I’ve won, the next season of life has brought some new insecurity to replace it.  And sadly, some of the things I’ve worked through MANY times creep back in at times of stress; things like self-doubt and feelings of hopelessness and worthlessness.  Useless emotions, but oh so real in dark times of self-pity (cue the sad music and dark lighting).  What did all those years of sleeplessness, late night journaling, and cleaning frenzies accomplish in the long run?  I’ve been doing a Beth Moore Bible study recently and one of the things she talks about is that the younger women want to learn from the older women, and the older women want to learn from the even older ones (I’m paraphrasing greatly, sorry Beth).  But is there any wisdom I’ve gained worth sharing?  Why would I even WANT to share the messiness of my life?  Is there any encouragement for others to be gleaned from my often meandering and sometimes painfully soul bearing collection of writings? Can I or should I be transparent enough about the struggles I’ve had to give real insight to others, especially since I’m still struggling to make sense of a lot of it myself?  To be honest, I’m not sure.  But here goes…

Hopefully what I have to say will encourage and inspire you along the way in this crazy adventure called life!

Therefore, if you have any encouragement from being united with Christ, if any comfort from His love, if any common sharing in the Spirit, if any tenderness and compassion, then make my joy complete by being like-minded, having the same love, being one in spirit and of one mind.  Do nothing out of selfish ambition or vain conceit.  Rather, in humility value others above yourselves, not looking to your own interests but each of you to the interest of others.  Philippians 2:1-4, NIV